Plea for Ag-gag in the Netherlands

Plea to draft Ag-gag legislation in the Netherlands

This post considers why we need ag-gag. Ag-gag laws protect the livestock industry from exposure of animal cruelty by animal activists. This mainly US-based legislature forbids the undercover filming or photography of on-farm activities without the consent of the owner. Many arguments support the drafting of ag-gag legislation in the Netherlands.

The Dutch parliamentary elections of March 15 2017 resulted in a rather right-wing victory. A centrum-right coalition is to be expected, as well as a Christian Democrat as the next minister of agriculture. The new government can make itself immortal, though some would prefer saying ‘immoral’, by proposing ag-gag legislation. The Netherlands is the second largest exporting country of agricultural produce in the world. We are second only after the United States, despite being such a tiny and densely-populated country in the NW of Europe. Our livestock industry is hugh. The new government should grab this unique opportunity to celebrate this unbelievable achievement of agricultural rationalization by drafting an ag-gag law, before it is too late.

Below I will present the main reasons each political party may have for supporting ag-gag.

Prime minister Mark Rutte’s VVD won the elections. The acronym VVD stands for People’s Party for Freedom and Democracy. The VVD is a right-wing, liberal party. It is fond of entrepreneurs. Thus, the VVD will wholeheartedly support ag-gag to protect the livestock industry and the farmers’ freedom to do business without restrictions, and without the fear of trespassing or of hiring cheap labour with malicious intent (like this in NL this in FR, or this in BE).

Geert Wilders’ populist PVV is the second largest party. Wilders hates terrorists, but he seems to like pets. His party got us the animal cops. Farm animals, however, are not his main concern, and he seems to like the severest punishments for unwanted behaviours. So he will probably support ag-gag too.

The centrum-right CDA is the main farmers’ party. The CDA will certainly be part of the government again. In the past the CDA has always claimed the Ministry of Agriculture, and will undoubtedly do so again this time. Jaco Geurts is a well-known CDA politician and activist pig-farmer running for the Ministry’s vacancy. And even when he doesn’t get the job, he will be the most likely candidate to draft the ag-gag legislation.

D66 is the Party for education and Europe. It is another winner of the elections, and a likely participant in sharing gevernmental power.

It is a very pragmatic party, and probably the only party in the coalition concerned about the environment. In virtue of its pragmatism it may propose that farm buildings be painted green. Or it could argue that intensive farming is the most sustainable way to reduce global warming, and thus favor ag-gag. Especially when ag-gag would be the price to pay to make a deal with the Trump administration securing our ag export to the US. Ag-gag is symbolic anyway, because undercover operations are rare in the Netherlands.

D66 also used to be in favor of referenda, but since the unwanted outcome of the Ukrain referendum it has become more cautious. Otherwise it may have proposed to have an ag-gag referendum first. Or perhaps it will propose to amend the ag-gag law with an option to allow the release of sensitive material only if it is shown by referendum to be footage of acceptable animal cruelty.

GoenLinks is the biggest Green Party. It attracted many young voters and actually won the high-school elections. GroenLinks, however also welcomes immigrants, so it must deal with a devilish dilemma: To let the immigrants in or to let the farm animals out. Since people are more important than animals, GroenLinks will probably favor the immigrants, and there goes its initial opposition to ag-gag.

The Socialist Party has never really cared about animal welfare, so why would it oppose ag-gag now? Perhaps it is an honor to represent the worst-off, and concern for animals may pose a threat to protecting poor people.

The Labour Party is the big loser of the 2017 elections. It held the post of Secretary of State, i.e. former ministry, of agriculture over the last four years. The farmers disliked the PvdA minister so much that the party will probably abstain from casting votes when the ag-gag law is passed.

I will not discuss all of the remaining smaller political parties, because it doesn’t matter what they will vote for anyway. But the Party for the Animals is a notable exception. It deserves careful consideration. Will Marianne Thieme and her four other MPs vote against ag-gag? I don’t think so. The Party for the Animals is no longer a single issue party. People are animals too, you know. So the problem arises whom to protect: many poor farmers or a couple of creepy activists? The animals can’t be saved anyway, because of the firmly-established right-wing government. And besides, even if the PvdD, with or without the support of other parties, could block ag-gag it should not do so. For ag-gag will be a blessing for all parties that unsuccessfully try to oppose it. So we can expect a lot of fuss of parties secretly hoping the law will pass anyway.

From reading this post you may rightly or wrongly infer my (MB’s) personal opinion regarding Ag-gag. You will be solely responsible for any such inference (see also my Dutch post on freedom of expression, also for scientists). 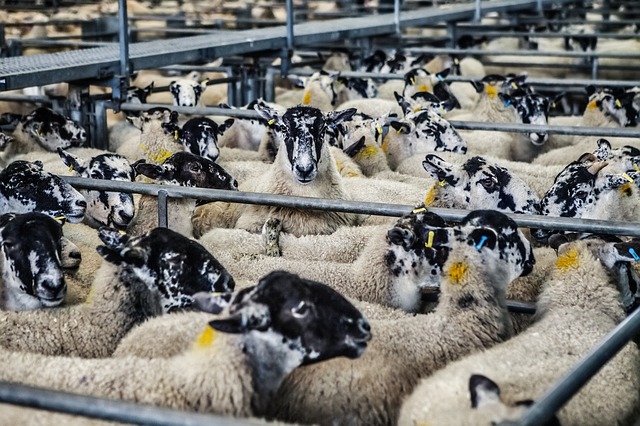 No votes yet.
Please wait...
Voting is currently disabled, data maintenance in progress.
This entry was posted in Ethics, Food, Politics and tagged animal welfare. Bookmark the permalink.

2 Responses to Plea for Ag-gag in the Netherlands