How (not) to excel in doing well?

People sometimes think we are rational animals. Like animals we behave, but unlike animals we have the capacity to behave (more) rationally. And not just that: with rationality comes our more or less unique capacity of being moral. So we can do well as well. But if we are rational and if we can do well, we can also excel in doing well. We may even conjecture that this is what constitutes the summum bonum of human wel-fare, doing well well. A recent trend in philanthropy, the art of doing well, proposes to do just that: to do well as effectively as possible. It is called effective altruism.

The idea of doing well well is not exclusive for philanthropy. In fact, it is the corner stone of rationalised agriculture. After WWII doing well well implied making sure there would be no more hunger and thus no more war (in the Western world). To achieve this rationalised agriculture was promoted, resulting in affordable food produced in large quantities for a growing population. However, the principle of rationalised production efficiency which made this possible also transformed traditional livestock farming into what has become known as bio-industry, one of the main societal concerns in the Western world at present. Lessons learnt from modernised livestock farming may thus be of value for the art of doing well well.

One of the main lessons of intensive farming is that being successful carries a risk. Adopting maximised production efficiency as a governing principle in farming brought great progress. At the same time, however, it seems to have had a tendency to induce slumbering problems, like collateral damage that may be ignored and thereby grow out of control.

Maximised production efficiency, and doing well efficiently, are concepts within the paradigm of analytical reasoning. Its prime mechanism is to focus strongly on (solving) a problem (logical) step by (logical) step. Problems get solved more easily when they are simplified. When ammonia emissions from livestock buildings were becoming a concern in the eighties it was clear that a solution was to separate urine from faeces as quickly as possible. Innovative designs led to the construction of barns with smooth flooring. Unfortunately, this also resulted in animals with broken bones. In this example the secondary problem is rather obvious, but other problems, like climate change, antibiotic resistance and chronic disease, were less well detected, probably because we had an interest in turning a blind eye. Thus these problems could spread silently like defective genes associated with using a ‘superior’ bull in dairy farming. 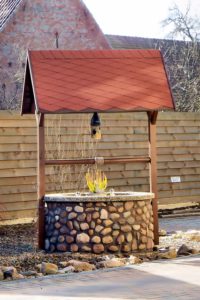