Comparing the welfare needs of poultry, pigs, fish and humans

Would it be possible to compare animal welfare across species? I wrote a paper on this subject some time ago (Bracke, 2006). In that paper I made a tentative welfare comparison between conventional farming systems for cattle, pigs, laying hens and broilers. This suggested it may be possible to make transspecies comparisons of animal welfare. It remained unclear, however, whether welfare could be compared across an even wider range of species. For this purpose I constructed a tentative table including fish and people. The table below lists the welfare needs of laying hens, pigs, Atlantic salmon and humans in a single hierarchy. It takes the welfare needs as described in Bracke et al. (1999c) as a starting point. This table suggests that it is possible to organise the welfare aspects of divergent species into a single hierarchy. This is not only true for farmed species like pigs, poultry and fish. Most notably, it also seems to be suitable to specify human welfare as well. 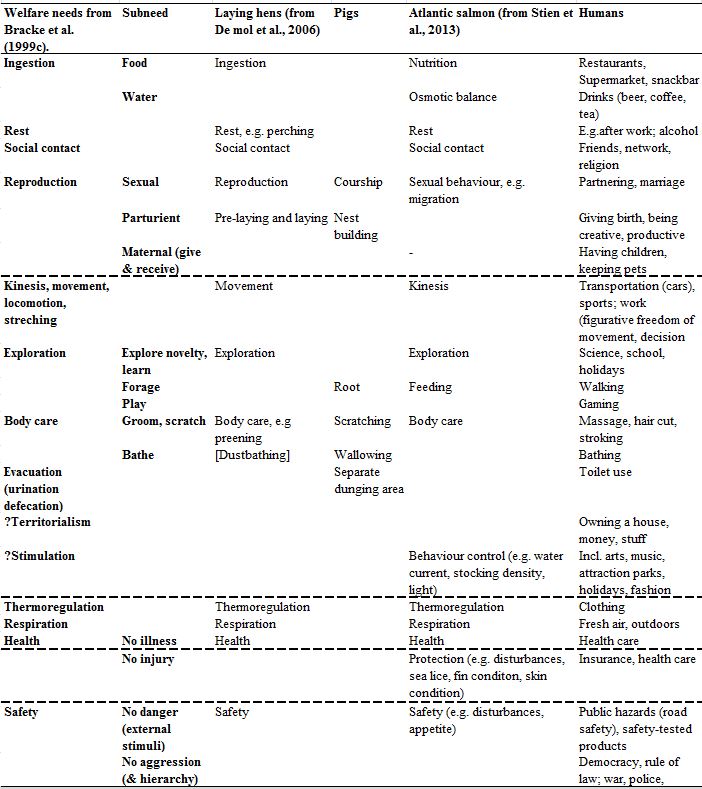