This blog post argues to recognize the importance of an often forgotten element of sustainability: Integrity. In particular, I will argue that honesty and emotions are necessary elements of a sustainable, circular agricultural economy.

Sustainability is often perceived as triple p: People, planet, profit. One has to ‘twist’ these concepts in order to be able to fit in animal welfare. Some would say welfare is part of people, for others it is planet, or even just a matter of profit. Thus, in the case of pigs 4 p’s have been proposed as well: people, planet, profit & pigs.

Recently more attention is being payed to the closing of nutrient and (waste) product cycles. In particular we must reduce the use of fossil fuels (e.g. as fertilizers) in the agricultural economy. Ideally, the main waste product of livestock farming, manure, should be used to fertilize the soil on which crops are grown to feed both people and animals in a way that no nutrients get lost. This generates a circular pattern (“cradle-to-cradle”): manure->soil->plants->animals & people->manure.

Animal welfare constitutes a potential problem for the concept of sustainability, and in particular for the concept of a circular agricultural economy. It does not seem to fit in naturally. Why would animal welfare matter? Of course the immediate answer is that feelings matter. But why do feeling matter in ppp or in circular agriculture? That is not immediately evident.

Often a perceived lack of sustainability of current livestock farming is met with the suggestion that technological solutions may fix the problem. Accordingly we have been designing low-emission buildings, for example, and high(er) welfare systems. Similarly, we may produce locally to reduce transport driven by fossil fuels, and we may contemplate economic fixes like welfare schemes or a meat tax. Yet, despite continued efforts to find technological fixes, societal concerns over a deficient agricultural system continue to increase.

What is often overlooked in thinking about sustainability is the crucial role of integrity. Integrity can take different forms. When a pig’s tail is removed in order to adapt it to the system, that can be perceived as a violation of the pig’s integrity. Another almost self-evident lack of integrity, human integrity in this case, was the company ChickFriend, who was illegally using pesticides (fipronil) to treat red mites in poultry, thus contaminating eggs. However, a deficient integrity can be identified when producers or consumers are showing wilful blindness to welfare, environmental issues or public health concerns associated with livestock farming. Dishonesty and telling only part of the truth (even to oneself) are also indicative of inadequate human integrity leading to compromised sustainability.

In each of these sustainability areas (animal welfare, environment, public health) the key problem is welfare, that is both the welfare of humans and the welfare of non-human animals. An important distinction within welfare is the distinction between positive feelings (pleasure, happiness) and negative feelings (pain and suffering). When there are sustainability issues there is ‘pain’: animal-welfare ‘pain’, landscape ‘pain’, waste ‘pain’, climate-change ‘pain’, loss-of-biodiversity ‘pain’,  public-health ‘pain’.  Such ‘pains’ hurt, but ignoring and hiding or denying the existence of these pains is even more harmful. By contrast, positive feelings are more delightful and able to flow freely between individuals when not hampered by an overriding ‘pain’.

What I propose here is that a sustainable, circular economy should not just concern closed nutrient cycles, but also closed welfare cycles. A circular welfare economy for livestock farming implies that the positive and negative feelings in farming and in society can freely ‘flow’ between animals and people. By taking proper care of the animals farmers convey positive welfare to the animals. In turn happy animals convey positive feelings to farmers, and to consumers and citizens. Only such a closed, circular welfare economy can be sustainable.

The problem with the current agricultural economy is that she is not sustainable, not just because there are technical problems with animal welfare, environmental impact and public health, but in particular because the welfare cycles cannot close. Feelings cannot freely flow between individuals. This is because there is a (perceived) lack of honesty and truthfulness in current livestock farming.

Current livestock farming has a tendency to polarize society. Since it is based on externalising costs it has a strong tendency to show reduced integrity: a lack of (complete) truthfulness to oneself and to others about aspects that are not promoting sales or image. These issues remain hidden until they are discovered, and then we have another scandal. This pattern has been showing a tendency to repeat itself like earth quakes as a consequence of friction between tectonic plates. The scandals/earth quakes generate an increasing distrust and polarisation, and this has a tendency to further enhanced lack of human (and animal) integrity. In other words, a deficient level of integrity has self-reinforcing and hence self-destructive tendencies.

Integrity as the solution

In order to improve agricultural sustainability we must not only look for technological fixes. We must also fix ourselves. In particular we need to promote enhanced integrity, i.c. the ability to be open and honest, not only about favourable issues, but also about issues that are opposing one’s immediate self-interest. Without integrity polarisation between farmer interest groups and sustainability interest groups will continue to raise societal conflict and frustration. Instead, we need more altruism and less selfishness, in particular related to livestock farming. We need to find ways in which all feelings, both the positive and the negative ones, can flow freely between individuals. A circular welfare economy is needed to complement (or even ‘absorb’) the circular nutrient economy as a desirable sustainable food-production future. To make this possible, enhanced integrity, of both animals and people, is absolutely essential. 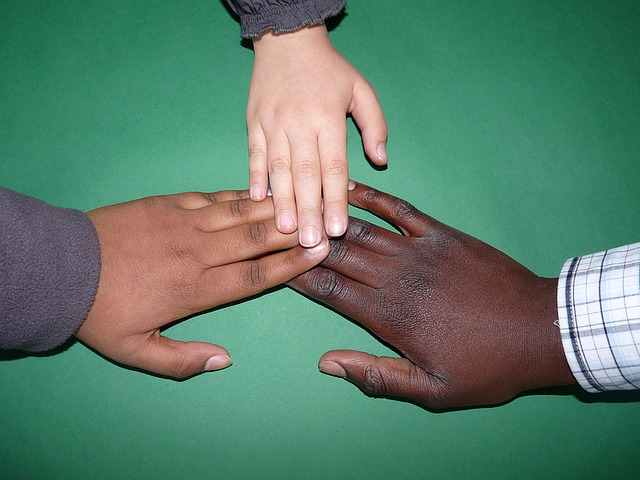 See also the related column (in Dutch) and my post on How can we feed the world?